The war in South Sudan and the sewage workers in Delhi were the stories that motivated the winning reporters in this year’s Kurt Schork Memorial Awards in International Journalism. The News Fixer Award, was won by Iraq-based Syrian news fixer, Wael Resol.

Now in their 17th year, the Kurt Schork Memorial Awards are named in honour of American freelance journalist Kurt Schork who was killed in Sierra Leone while on assignment for Reuters in 2000. 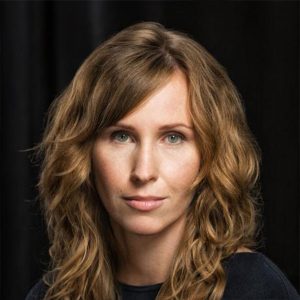 Simona Foltyn, an Austrian journalist based in the UAE, has won the Freelance category award for her reporting about the war in South Sudan The judges agreed that her stories stood out and ‘were impressively detailed, powerful as well as fearless and compassionate.’

You can read Simona’s stories here. 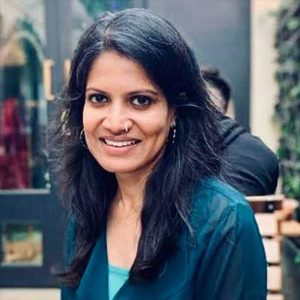 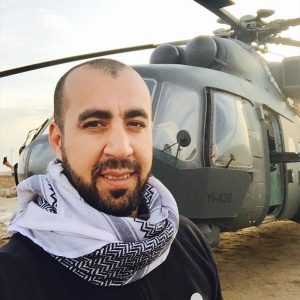 This year’s News Fixer award was won by Syrian news fixer Wael Resol, who was nominated three times by international journalists who hired him as their fixer during assignments in Iraq.

The Kurt Schork Memorial Awards will also confer the News Fixer Award to recognise the unsung heroes of modern journalism at the October ceremony. Rarely credited and usually in danger, these on-the-ground ‘guides’ often also act as translators, drivers and assistant reporters. It is the fixers’ local expertise, as well as their network of official – and unofficial – contacts that provides the raw source material for the out-of-town correspondents.

The prize was inspired by the freelance journalist, author and friend of Kurt Schork, Anna Husarska, and pays tribute to the vital role that news fixers play in coverage from difficult, dangerous and hostile locations.

The judges – BBC’s Hugh Schofield, Associate Global Editor of the Daily Mail Online Jake Wallis Simons, and journalist and author, Jon Lee Anderson – were most impressed with Wael Resol’s ‘courage, dedication and flexibility, three of the most important qualities that a fixer must possess. The number of fixers who will spend several nights sleeping in the field, in hostile environments, and go on to work with sensitivity and an acute nose for news, is small. On top of this, Wael is able to develop a rapport with military figures, contacts and interviewees alike by way of his professionalism and respect rather than anything more potentially compromising, a quality which makes him stand out head and shoulders above other very fine fixers working in similar environments. He is a credit to the profession and a huge boon to any journalist working with him. He thoroughly deserves this award.’

The three category winners each received a cash prize of US $5000 at a prestigious awards ceremony in the Thomson Reuters auditorium in Canary Wharf on the evening of Wednesday, 17th October. 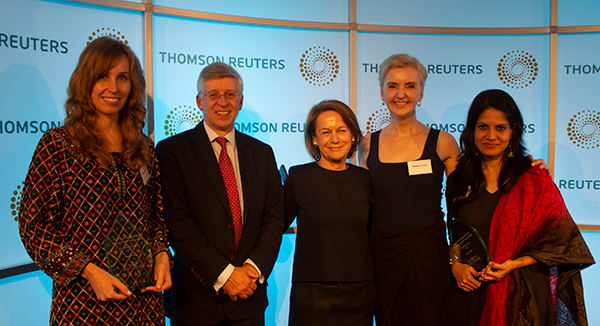 The 17th annual Kurt Schork Memorial Awards in International Journalism were hosted by the Thomson Reuters Foundation in London on October 17th. The awards recognise independent journalists for their courageous reporting on under-reported stories, and also confer the News Fixer Award to acknowledge the vital role that fixers play in coverage from difficult, dangerous and hostile locations.

The awards are named in honour of the American journalist Kurt Schork, who was killed in Sierra Leone while on assignment for Reuters in 2000. They celebrate excellence in the reporting of conflict, corruption, human rights violations and related issues that illuminate the challenges faced by a particular country or region. The three category winners will each receive a cash prize of US $5000.

The Local Reporter Award was won by New Delhi-based journalist Shalini Nair, whose reporting for The Indian Express told the stories of the workers who clean the city’s sewage network without protective equipment. You can read Shalini’s winning articles here.

The Freelance Journalist Award was won by Austrian journalist Simona Foltyn, who reported from the front lines of war in South Sudan and found widespread corruption among both senior government officials and rebel forces. You can read her stories here.

The second annual News Fixer Award was won by Syrian fixer Wael Resol. Nominated three times by international journalists who hired him in Iraq, Wael was commended for his “courage, dedication and flexibility, three of the most important qualities that a fixer must possess…he is a credit to the profession and a huge boon to any journalist working with him”.

The ceremony was opened by the Foundation’s CEO, Monique Villa, who paid tribute to the awards and their significance at a time of increasing global hostility toward the press. She also criticised the Home Office’s denial of a visa for the winner of the News Fixer Award. Her comments were echoed by Anthony Loyd, Foreign Correspondent of The Times, who had recommended Wael and said: “it’s uniquely mean for the second year in a row for someone who has won this award to be deprived of a visa”.

The awards presentation was followed by a panel discussion on the topic: “Reporting from Repressive Environments”. Moderated by Jodie Ginsberg, CEO of Index on Censorship, the panel included Colin Pereira, Chief Strategist on Journalist Safety at the CPJ, BBC correspondent Nawal Al-Maghafi, Reuters Regional Editor Simon Robinson, and Salil Tripathi, Chair of the Writers in Prison Committee at PEN International.

The panel discussed the various risks that journalists and news fixers face and the ways in which their repression is manifesting itself around the world. Salil noted that targeted killings linked to governments are on the rise, as oppressive states “are realizing that they can act with impunity…nobody objects, so who cares?”. Simon called attention to a risk that local reporters face with the case of the Reuters reporters Wa Lone and Kyaw Soe Oo, currently imprisoned in Myanmar “basically for doing their job”.

The disproportionate level of support that many freelancers receive was addressed by Nawal, who argued that it is “important for people like us, who can do something, to give them the same level of security training”. The demand for heightened protection was also underlined by Colin, who revealed disturbing trends in the digital repression of journalists, including a rise in doxing and hacking by non-state actors who appear to be learning from each other’s tactics “like they have an online university”. The panel also engaged with questions and comments from the audience on the role and recognition of fixers, how journalists can shield themselves from state surveillance, and the disappearance of Jamal Khashoggi, and whether the incident will become a turning point from which policy change is introduced to better protect journalists.

You can watch a short film celebrating Kurt’s legacy here.