Named in honour of the late American war correspondent Kurt Schork, the Awards uniquely honour the courageous work of freelance journalists, local reporters and news fixers from around the world.

Shah Meer Baloch, a freelance journalist from Pakistan, won the award for his reporting on child labour in the country’s coal mines, the persecution of the Kalasha community and systemic government negligence in the national polio vaccination programme. Baloch is recognised for taking considerable risks to bring these stories to light.

You can check out his award-winning stories here:

The Last of The Kalasha

Pakistan and the Politics of Polio 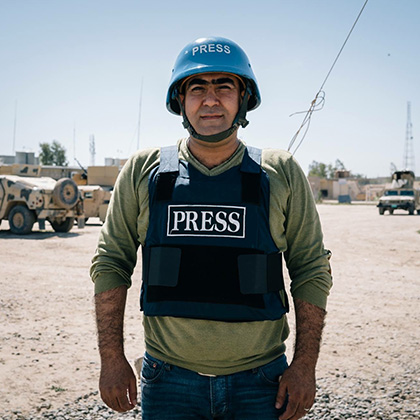 Kamiran Sadoun, a Kurdish news fixer from Syria, won the award for his work on the frontlines with international journalists covering conflict in the country. Sadoun has also been instrumental in documenting the suffering left behind after the collapse of the Islamic State.

Liz Sly from The Washington Post, who nominated him for the award, described him as “the ultimate news fixer” who has “an instinct for what a reporter needs to complete a story and the skills and the contacts to locate the necessary sources or locations”.

The Telegraph’s Josie Ensor, who worked with Sadoun in Syria, said: “There are few fixers that exude such compassion, such care, for the stories they work on. Very few have given more to the profession than him”. 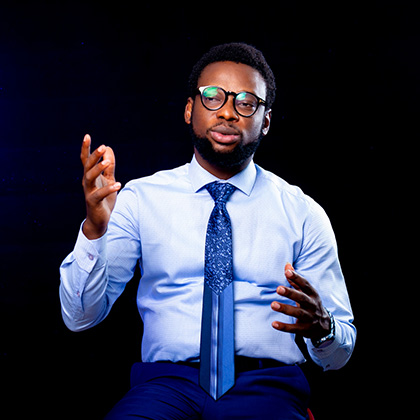 LONDON (December 3, 2020) – Three winners of awards that honour brave, yet often unrecognised journalists for their reporting on conflict, corruption and injustice are announced today.

Shah Meer Baloch, a journalist from Pakistan, wins the Kurt Schork Freelance Award for his reporting on child labour in the country’s coal mines, the persecution of the Kalasha community and systemic government negligence in the national polio vaccination programme. The judges highlighted how “the high degree of personal risk involved in tackling such stories in Pakistan cannot be understated” and that Baloch “has demonstrated admirable moral determination” in bringing these stories to light.

Nigerian journalist Fisayo Soyombo is the winner of the Local Reporter Award for his undercover investigation on the west African nation’s criminal justice system. Under a pseudonym, Soyombo feigned an offence for which he was arrested and spent five days in a Lagos police cell and then eight days in Ikoyi prison. The judges commended his “vivid and compelling three-part series” which exposed “the everyday corruption and abuses of Nigeria’s criminal justice system”.

This year’s News Fixer Award goes to Kamiran Sadoun from Syria. The Kurdish fixer has worked with journalists from major news outlets reporting on conflict in north-eastern Syria and the enduring suffering following the collapse of the Islamic State – including Yazidi mothers forced to choose between their children born to IS fighters or acceptance back into their communities in Iraq. The judges applauded the calibre of the articles written by the reporters with whom Sadoun worked, which were “a testament to his exceptional ability as a fixer”.

The News Fixer Award aims to recognise the rarely credited yet often at-risk individuals who typically act as the correspondent’s eyes and ears on the ground. It is the fixers’ local knowledge, as well as their network of official – and unofficial – contacts that helps to secure critical interviews and access for the out-of-town correspondents. The prize was inspired by the freelance journalist, author and friend of Kurt Schork, Anna Husarska, and pays tribute to the vital role that these unsung heroes play in coverage from difficult, dangerous and hostile locations.

Now in their 19th year, the Kurt Schork Awards in International Journalism are named in honour of American freelance journalist Kurt Schork who was killed in Sierra Leone while on assignment for Reuters in 2000.

A shortlist of eight in both the Freelance and Local Reporter categories was judged by Pulitzer Prize-winning author and journalist Tina Rosenberg, The Intercept’s Peter Maass, and The New Yorker’s Jon Lee Anderson.

The three winners will each receive a cash prize of US $5000. Due to the COVID-19 pandemic, in lieu of a physical award ceremony, the Thomson Reuters Foundation will be announcing the winners on its Twitter and Facebook social media channels.

About the Kurt Schork Memorial Fund

About the Thomson Reuters Foundation

The Thomson Reuters Foundation is the corporate foundation of Thomson Reuters, the global news and information services company. As an independent charity, registered in the UK and the USA, it works to advance media freedom, foster more inclusive economies, and promote human rights. Through news, media development, free legal assistance and convening initiatives, it uses the combined power of journalism and the law to build global awareness of critical issues faced by humanity, inspire collective leadership and help shape a prosperous world where no one is left behind.